Scrumban is the combination of Agile methodologies of Scrum and Kanban. Since project managers are always looking for ways to do things more efficiently, they created this hybrid system that gives managers the flexibility to facilitate stakeholder and production needs through a more visual approach. Scrumban was created to meet the needs of teams who wanted to minimize the batching of work and adopt a pull-based system. It’s a highly versatile project management system that works for both development and maintenance projects.

To better understand Scrumban, let’s dive into the two methodologies from which it derives.

Scrum teams are designed to be small, cross-functional, and self-organizing. This helps them split work into increments and prioritize tasks based on the effort needed to complete. On a Scrum team, a product owner usually selects the work to be done on each sprint, and then the team completes it during that allotted time.

Kanban project management is a visual process flow that has its roots in manufacturing. All work items are visualized on cards on a board that represents process stages. These boards manage the collective work of the team. They also prevent overburdened teams by limiting the amount of work a team can do at any given time through WIP (work in progress) limits.

Kanban teams practice a continuous flow approach focused on planning, working, reviewing, and measuring the results. The main measurement is lead time, the average time from when work is requested to when it is finished.

How are Scrum and Kanban similar?

Team structure: Both Scrum and Kanban focus heavily on self-managed teams. Developers can direct their own work using the business objectives as guidelines for what to achieve. Both approaches promote autonomy and respect for people to allow them to do their best work.

Work packages: Scrum and Kanban prioritize well-defined user stories to be accomplished and delivered separately. In Scrum, teams define their own workloads based on task complexity and sprint time. Kanban limits the number of items a team is working on at any given time to prevent overload. They have a ‘rabbit and hare’ approach to workloads: Scrum measures team productivity based on the amount of time needed to complete tasks, while Kanban has a more slow and steady approach based on continuous WIP and story limits.

Board structure: Kanban boards are split into columns and swimlanes. Each column represents a workflow stage, and swimlanes differentiate different types of activities. A normal Kanban board would have three sections to show the state of a team’s tasks: To Do, In Progress, and Done.

Scrum boards also contain horizontal and vertical swimlanes that track task progress and committed stories during a sprint. A normal Scrum board would have several more columns: Stories, To Do, In Progress, Testing, and Done. Team members can move their tasks as necessary.

What exactly is Scrumban then?

Scrumban combines the structure of Scrum with the flow-based processes of Kanban. This provides teams with the flexibility to adapt and change to stakeholder and production requirements without overloading themselves. Scrumban can also be used as a pathway from Scrum to Kanban and incorporate Kanban’s concept of continuous improvement without completely leaving the Scrum framework. 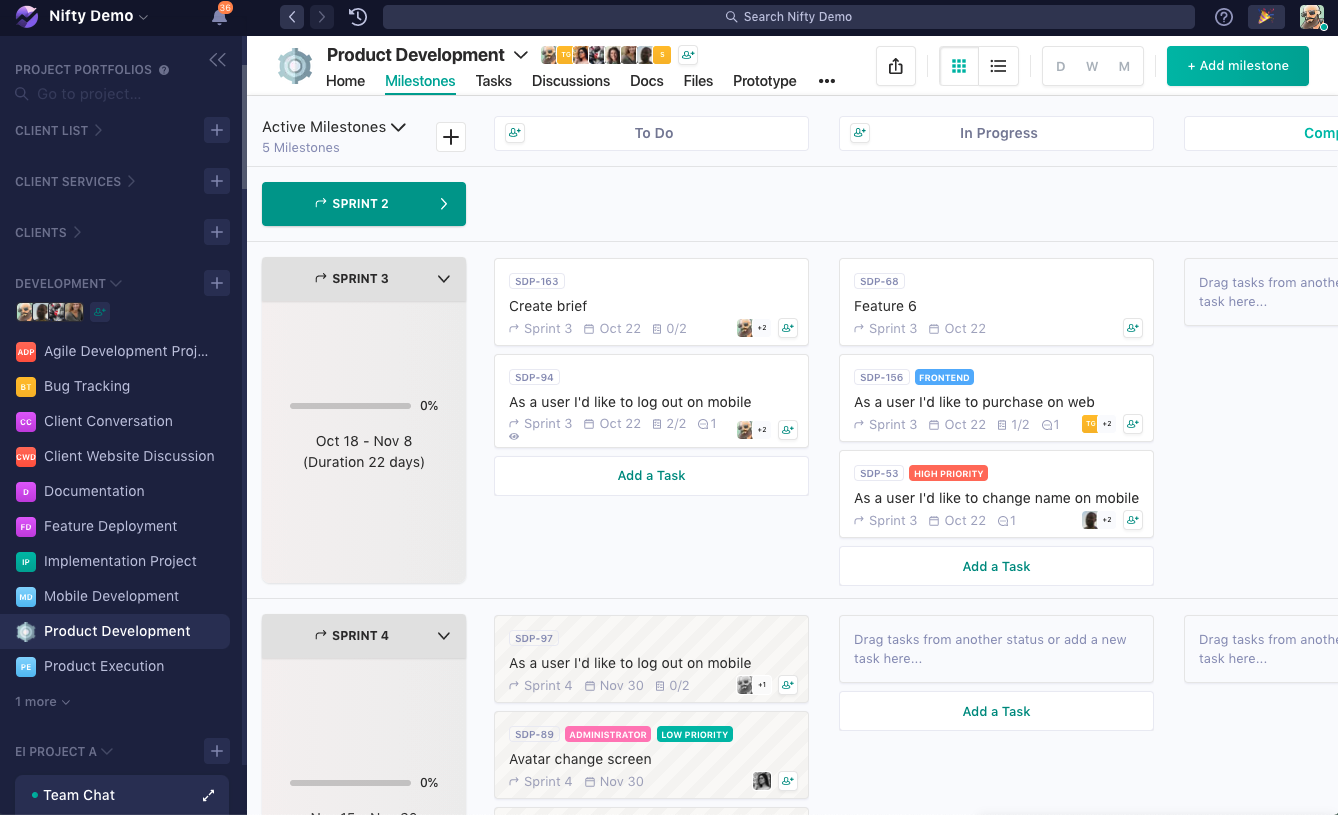 Swimlanes organize the lifecycle of the task into columns across from the phases of each groups of tasks in rows. The swimlane intersection makes is easy to visualize the status of a task and the relative phase that it belongs to.

Swimlane view also allows for tasks to be redistributed across both statuses and phases (in the example of Nifty, these phases are called “Milestones”) in a single action. This might occur when a shift in priorities moves a feature into a new sprint, be it an earlier or later release.

Scrumban is an effective and efficient solution for teams who appreciate the structure of Scrum with the flexibility of a flow-based methods. It’s also great for teams who are transitioning from Scrum to Kanban as it provides a nice mid-way point between the two. Many teams use Scrumban and Swimlane views together as a transition point between a less mature and more mature Agile project management practice. 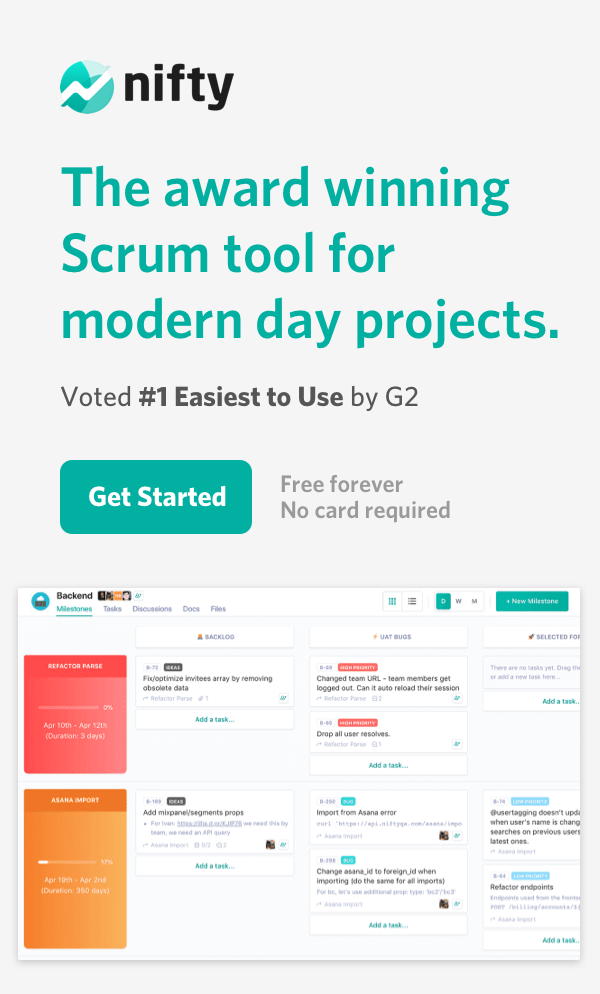